Simon, an Electrical Engineer and Computer Scientist, has lived with Type 1 (insulin-dependant) diabetes since 1989. Many years later in 2007, his two-year old daughter Lucy was diagnosed with T1, and two weeks later, the double-whammy, Celiac disease.

When Lucy started kindergarten, Simon’s wife had to drive to kinder every day to do Lucy’s injection. To try and help her be more ‘normal’, they started Lucy on an insulin pump, and trained the teachers. To support Lucy, Simon also started on the pump at the same time. They found that the pump did not lower Lucy’s A1Cs or Simon’s A1Cs, and that they spent more time managing the pump than without it. So after a year, they both stopped the pump. However, they did like the ability to calculate a dose, and the ability to track how much insulin was still hanging around – the Active Insulin – to avoid double-dosing.

After Lucy started school, Lisa and Simon became concerned that the teachers – especially those with limited contact times (Music, Sport, Swimming etc) – did not follow Lucy’s care plan. It was also impossible to decipher from Lucy’s paper-based log book, exactly who did what and when. So Simon developed a web-based logging system that all teachers had access to, and as parents they could then see who did what and when – no matter if they were at home or work or around town.

It was a natural step for Simon to add dose calculation to the system, based on his pump experience. The system required the Carbohydrate Ratio, Correction Ratio and Active Insulin Time in the same way as a pump. These are usually setup for a person by the Diabetes Educator or Endocrinologist, but because Simon and Lucy had already been on a pump, it was straightforward. After this, Lucy would go to the nurse station every lunch time, perform a blood test, and the nurse would calculate the dose and inject it. Simon also started using the system from his phone.

Simon then started thinking, that if he had BGLs, Insulin and Carbohydrates logged in one place, then surely he must be able to come up with some sort of estimate or prediction of future blood sugar levels. After several weeks of researching medical and engineering journals, he found that no-one had succeeded in doing this. With his Electrical Engineering knowledge, he realised that the models in use could not actually work at all, so he tried an alternative approach. After several weeks and a lot of testing, the system churned out its first chart – showing blood sugars over time, and its first prediction, showing that he would get low at 11:04am, 2 hours in the future. Simon ignored this, but later that morning, he was at Ikea, the furniture warehouse, and was feeling very low in the market hall where there is no food! It was 11am, amazingly just minutes before the predicted low.

Simon enabled the predictions for Lucy as well. Lucy’s care plan requires a blood test before swimming, and one morning Simon noticed that, while Lucy’s before swimming blood test was fine, the system predicted a low while she was in the pool. He called the school, and asked the secretary to pull her out of the pool for a blood test. The secretary understood the situation better than most as her husband has diabetes. She ran up to the pool, and when they did a blood test, it was 1.7 mmol – extremely low, and Lucy was unaware of it. This could have worked out far worse.

SINCE THEN, WE’VE BEEN CALCULATING DOSES AND PREDICTING BLOOD SUGARS FOR OVER

We Want to Predict the Future

Our prediction technology
– Provides trend information in a similar manner to a CGMS
– Can predict hypos and BGLs up to 8 hours ahead
– Can advise precise doses, of either insulin or carbohydrate as the case requires

Many people with diabetes do not get fully educated about their condition. When our CEO was diagnosed in 1988, he spent 5 days in hospital and was given mountains of text to read. When his daughter was diagnosed in 2006, she was out of hospital on the same day. This trend is continuing, with hospitals and government having less money and time to properly educate people.

– We want to educate people with diabetes through use of Jade, to the best practice concerning their results, whether it be handling sick days, handling exercise, stress and more.
– We also want to put powerful education and training tools in the hands of Health Care Professionals (HCPs), Educators and Doctors. More information presented in more informative ways leads to greater understanding and better health care.

Many people with diabetes (PWD) only have access to a regional GP (or a nurse or no doctor at all) rather than a highly-trained endocrinologist. Even privileged PWD only visit their endocrinologist once every 3 to 6 months. However, the management of a chronic condition like diabetes requires ongoing, hands-on support that is difficult and costly to provide and maintain. Many people find it difficult to make proactive changes to their regime, or to do data analysis, but this is exactly what computers are perfect for, provided they have enough data.

Our CEO, Simon Carter, is passionate about the use of technology to accelerate change and empowerment in diabetes.

Simon is the CEO of DataMystic, a data conversion and transformation software company, and DownloadPipe.com, a huge software download site.

He has had Type 1 diabetes for 28 years, and has an 12 year old daughter who has been Type 1 and Coeliac since she was 2 years old.

He welcomes any opportunity to demonstrate how the Jade system can help people to better self-care. If you would like a demonstration of Jade, please contact us.

He is 2014 Fellow in the Startup Leadership Program in the Melbourne Chapter.

You can connect with Simon on LinkedIn 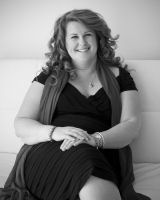 Our QA Manager, Lisa Worsfold, is passionate about Quality of Care, streamlined diabetes management in kindergartens and schools, and parent/carer education.

Lisa is the mother of a child with Type 1 diabetes in a busy family of four children, as well as the President of Wesley College’s Parents Association (1400 families) and President of Syndal Pre-School.

You can contact Lisa about organizing Membership Benefits programs for your diabetes organization or facebook group, or apply online now!